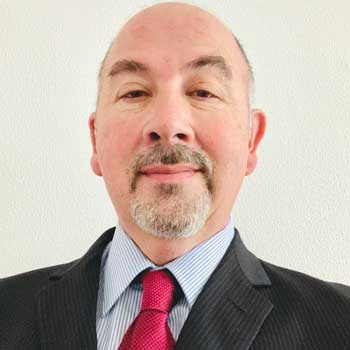 Juventino Martin is responsible for working with foreign governments, trade associations, and companies throughout Eastern Europe and Eurasia to facilitate secure trade with the United States. He was assigned as U.S. Department of Commerce, Bureau of Industry and Security, Regional Export Control Officer, in 2020 and previously was an Office of Export Enforcement Senior Special Agent and Liaison Officer assigned to the Chicago FBI’s Counter-Proliferation Task Force. He joined OEE in January 1997 and his numerous investigations resulted in the most cases with criminal disposition in the history of the Chicago Field Office. Juven has received the U.S. Department of Commerce’s highest awards, two Gold and two Silver Medals. He earned a Criminal Justice degree from the University of Illinois at Chicago.